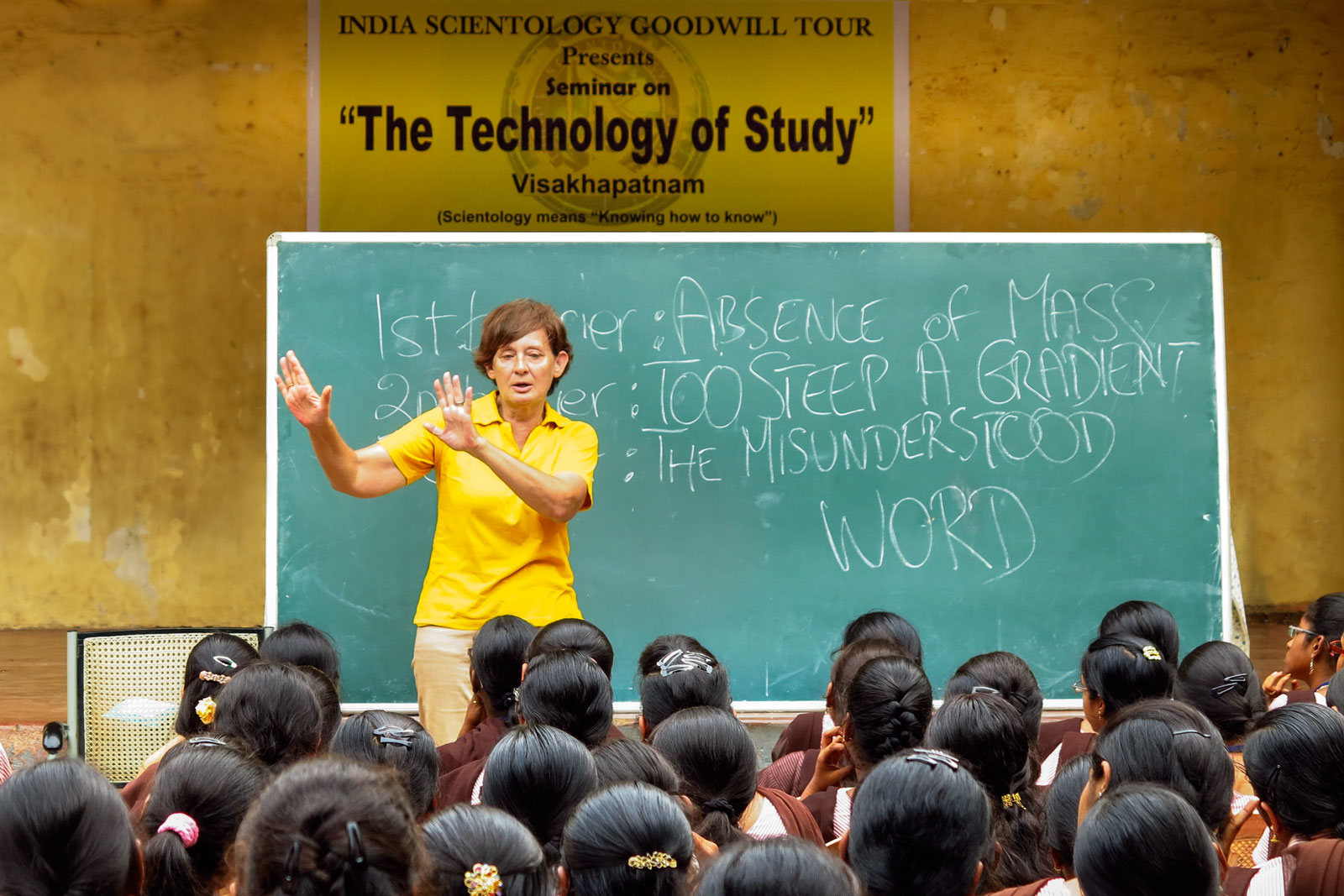 Volunteer Minister Goodwill Tours—currently 10 tours traversing 7 continents—reach out with the practical tools of the 19 chapters of The Scientology Handbook, discovering what each community considers their most pressing problem.

Providing high-quality education to the nation of India is urgent. A third of the 1.2 billion population lives below the poverty line and 25% cannot read. Only 15% of Indian students reach high school and just 7% graduate. Add to this the several thousand ethnic groups, castes and tribes, 211 distinct languages and more than 1,600 dialects, and the educational challenge is daunting.

Since 2005, the India Volunteer Minister Goodwill Tour has brought Study Technology to schools and universities in India, signaling a brighter future for education in this land.

Volunteer Minister Goodwill Tours—currently 10 tours traverse 7 continents—reach out with the practical tools of the 19 chapters of The Scientology Handbook, discovering what each community considers its most pressing problem.

The Director of the Staff Academic College at Lucknow University, one of the largest universities in the country, requested a seminar on Study Technology for their professors. Demand grew and soon 1,000 academics in Lucknow were trained in Study Technology. 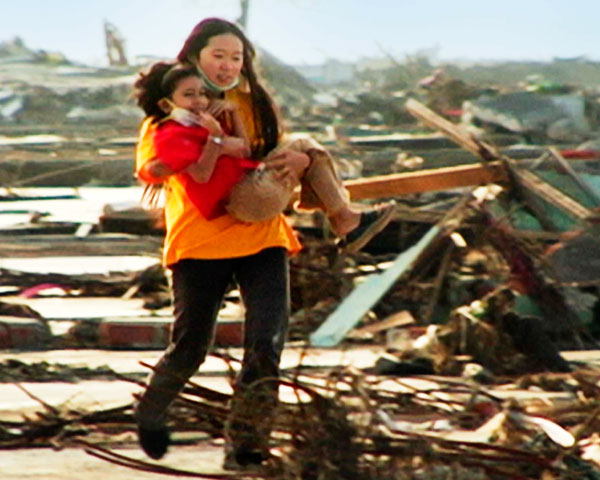 Volunteer Ministers from around the world have helped in rescue operations, assisted medical personnel and rendered myriad forms of aid at hundreds of disaster sites, including in Haiti and throughout Asia.

An educator and humanitarian in Kolkata learned Study Technology and introduced it to his English language institute. He then hosted a major seminar in a large city hall delivered by the Goodwill Tour. With students trained to deliver Study Technology, he established the first Volunteer Minister group in the country and went on to open a series of Scientology Free Schools for children in poverty.

The Goodwill Tour has also provided disaster response training for the frequent natural and man-made disasters in the country to Ministry for Civil Defense instructors, state and national police and military units, and the National Disaster Response Force—an elite unit of the Indian Border Security Forces. The Goodwill Tour not only taught disaster response but practiced it in Mumbai.

Following terrorist attacks in Mumbai in 2008, the Goodwill Tour put the disaster response training into practice, lending a month of logistical support for hospital medical staff and training nurses and families in Scientology assists to relieve shock and trauma to speed healing of the injured.

This resulted in requests for more Volunteer Minister training, and soon the Goodwill Tour began delivering the communication course to instructors of 40,000 civil defense workers and disaster response tech to state and national fire services from all 28 states of India at a national conference.

The India Goodwill Tour has delivered lectures and seminars to more than 60,000 individuals on Study Technology, communication, disaster response and other Volunteer Minister technology. More than 200 groups have been formed to carry on training others who in turn train still more.

VOLUNTEER MINISTER TECHNOLOGY IS AVAILABLE FOR USE BY ANYONE, ANYWHERE, TO HELP OVERCOME DIFFICULTIES AND IMPROVE CONDITIONS FOR ONESELF OR OTHERS. 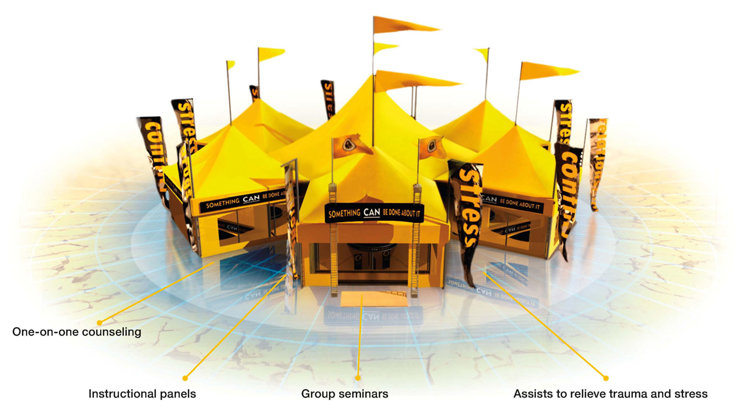 Online Training
offers viewing of the chapters of the Tools for Life film and enrollment on any or all 19 free online courses, each of which addresses common problems.

Contact a Volunteer Minister for one-on-one assistance, schedule an onsite seminar, view chapters of the Tools for Life film or sign up for an online course. In addition to online and onsite training, anyone no matter their creed or faith, with a desire to help others, may enroll at any Church of Scientology for training as a Volunteer Minister.

The Scientology Volunteer Ministers have helped in times of disaster at over 260 major disaster sites. Donate to the Disaster Response Fund to help us continue saving lives.